August 2017: The Nine Cities of Newport 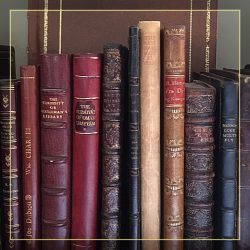 The Nine Cities of Newport

Wilder is probably best known for a play – Our Town. Theopholus North was his last novel in 1973. It was made into a movie in the 1980s. Wilder spent a lot of time in Newport researching, especially at the Redwood Library. The book was a Pulitzer Prize winner written in the 1970s and set in the 1920s.

There are many good micro studies regarding Newport and its founding, colonial history, triangular trade, architecture, military presence, John Hattendorf’s History of Trinity Church, the catboat era, Crane’s Newport in the Revolutions Era and a number of macro-studies such as Rocky Stunstrudts’ massive work. But Wilder’s work presents a unique view on how does Newport really work or a pulse on it ticks, its formal and informal power flows.

I know of no other single work that could explain the nuances of Newport Society to a newcomer than Theopholus North. The nine cities, as I see it, are still here, with maybe an addition or two.

What remains of the town’s earliest life

Preservation Society behind the scenes

“American middle-class town – with little attention to spare for the 8 cities so close to it.”

Founder of One of the Original Books-for-Sale Sites

Piet Wesselman, founder of Antiqbook.com, died Saturday, 16 March, at 79 years.  Antiqbook evolved organically out of the original wide web of the 1990s, where Piet established an information resource...